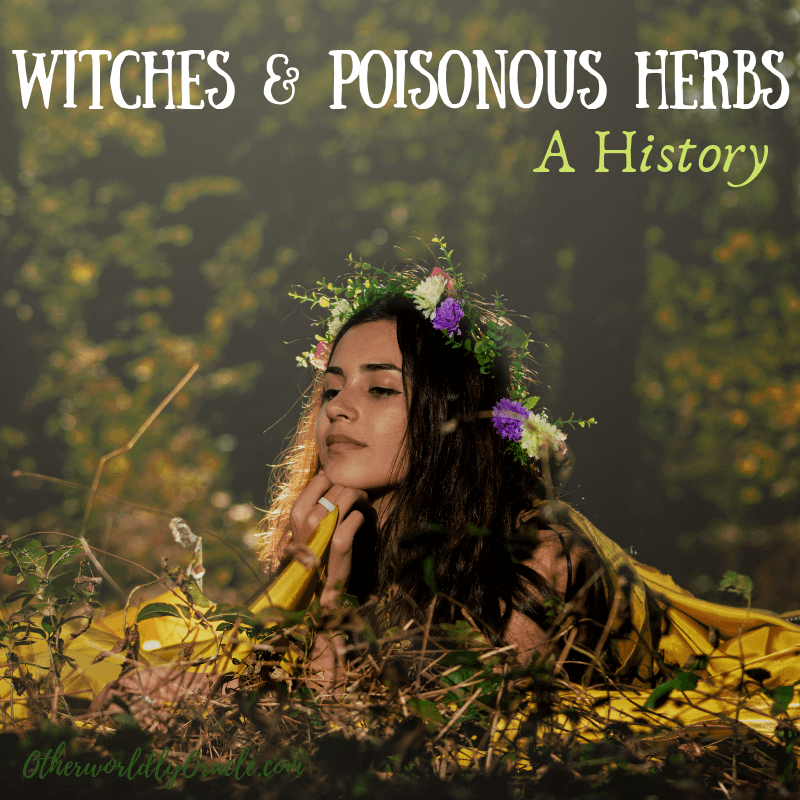 History tell us witches and poisons go together like peas and carrots. Our few written accounts of the Witch Trials in the Dark Ages and Early Modern Period give us a glimpse into the lives of people accused of diabolical magic. Often this included the use of potions, brews and things that would poison people witches did not like. But others claim these poisons were actually used by witches to induce a trance-like state of consciousness. In this context, witches practiced something ancient…stemming from shamanic tradition. Let’s dive into the history of witches and poisonous herbs.

According to history and folklore, witches particularly loved using poisonous herbs from the solanaceae family: belladonna (deadly nightshade), mandrake, and datura. These three in particular are doused in folklore and have aided the witch in her wiles for centuries. The solanaceae family of poisonous herbs are composed with alkaloids such as atropine, scopolamine, and hyoscyamine. These chemical constituents have various effects on the human nervous system including a psychoactive effect.

Atropa Belladonna, also known as deadly nightshade, is a poisonous herb used by witches to create “flying ointments” since at least the ninth century. You may have heard of belladonna in the movie Practical Magic or in the song by Stevie Nicks. Did you know just how deadly Belladonna can be? It will speed up your heart and can be fatal if consumed by mouth. If applied in lower quantities to the skin, it causes hallucinations which is why witches are thought to have used this poisonous herb. By applying these flying ointments to one’s skin, the witch would have visions of “flying” to do her magical bidding. There are also stories of witches using Bella donna berries to poison her enemies.

The mandrake plant, scientific name mandragora, is another poisonous herb from the solanaceae family used by witches in flying ointments. The mandrake plant has human-shaped roots (hence the name man-drake), and folklore says when it was pulled from the ground it shrieked. The shriek was so powerful it killed all present, unless one took specific protective measures. It’s featured in the Harry Potter series. In Germany, the mandrake is called alraun and is often kept as a family’s “familiar” in a fancy wooden box.

Datura, another of the witch’s favorite poisonous