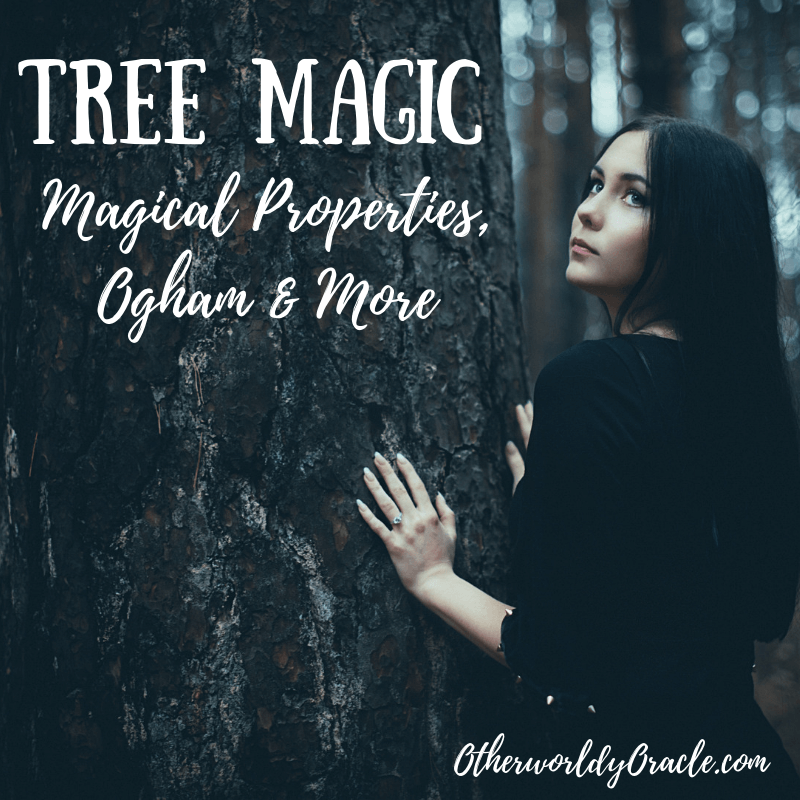 We hear so much about the magic of herbs and crystals, but what about tree magic? Did you know our Celtic ancestors worshiped trees? Our ancestors believed trees housed powerful spirits and sometimes even gods themselves. Let’s dive into tree magic of the Celts, including the magical properties of trees and Ogham – the sacred tree alphabet. We’ll learn how to harness the potent energy of trees to make our own unique, green magic come to life.

DISCLOSURE: I may earn a small commission for my endorsement, recommendation, testimonial, and/or link to any products or services from this website. Your purchase helps support my work in bringing you information about the paranormal and paganism.

Tree Magic of the Ancestors

Do you have an undying love for trees? As a child, did you climb trees and spend hours playing in the forest? I know I did and still do. People in modern times spend 2/3 of their lifetime inside, which means most of the time they are away from nature. They’re away from the trees. Trees not only provide us with shade and oxygen, they also provide us with food, medicine, therapy, and magic. Our ancient Celtic ancestors knew this intimately. I believe our connection with trees is in our DNA and that tree magic can be reawakened within us when we are open to it.

The Celts believed trees had consciousness. The Druid priesthood is said to have met in forest groves to conduct rituals and meetings. “Druid” is theorized to have originally been associated with “dryad” which was the Greek term for tree nymphs (spirits/gods). Because the Druids were so connected to the trees, it makes sense people from elsewhere would refer to them as tree spirits/people, of sorts. Woodhenges have been found all over England and Ireland, which is essentially the wooden equivalent of Stongehenge: a ring of wooden beams or trees used as sanctuary for ancient peoples. According to the Celtic tree calendar, the Celtic people honored 21 sacred trees. These were: the alder, ash, apple, aspen, birch, blackthorn, elder, gorse, hawthorn, hazel, heather, holly, ivy, mistletoe, oak, reed, rowan, scots pine, vine, willow, and yew trees.

Trees feature as the central figure in hundreds of myths and creation stories all over the world. Yggdrasil is an ash tree in Norse mythology on which the god Odin hung himself and received the wisdom of the runes. Trees were seen as immortal, which makes sense because many of them live long past the lives of human beings. The holly and evergreen boughs we use to decorate atChristmas-time is a nod to the old beliefs in the immortality and longevity of trees. Yggdrasil is another of the World Trees from shamanic beliefs worldwide. The World Tree is a symbol of the three realms – the branches extend into the world of the gods, the trunk is the realm of the living, and the roots go underground into the world of the dead. Shamans work closely with tree magic on the spiritual planes when they “travel” up or down the World Tree to speak to the gods or retrieve lost souls.

Just as the Norse were given the elder futhark runes as a sacred alphabet, the Irish were given the Ogham tree alphabet. The Norse god Odin was given the Elder Futhark, while the Celtic god Ogma was given the Ogham, or so legend says. The Ogham is thought to have been used as an alphabet but also has sacred spiritual meaning. Each “letter” is representative of a sacred Celtic tree. In contrast to the Elder Futhark runes with their distinctive markings, the Ogham is a series of slashes. Both are used today for divination purposes. Find Ogham and runic divination sets online or in metaphysical shops. 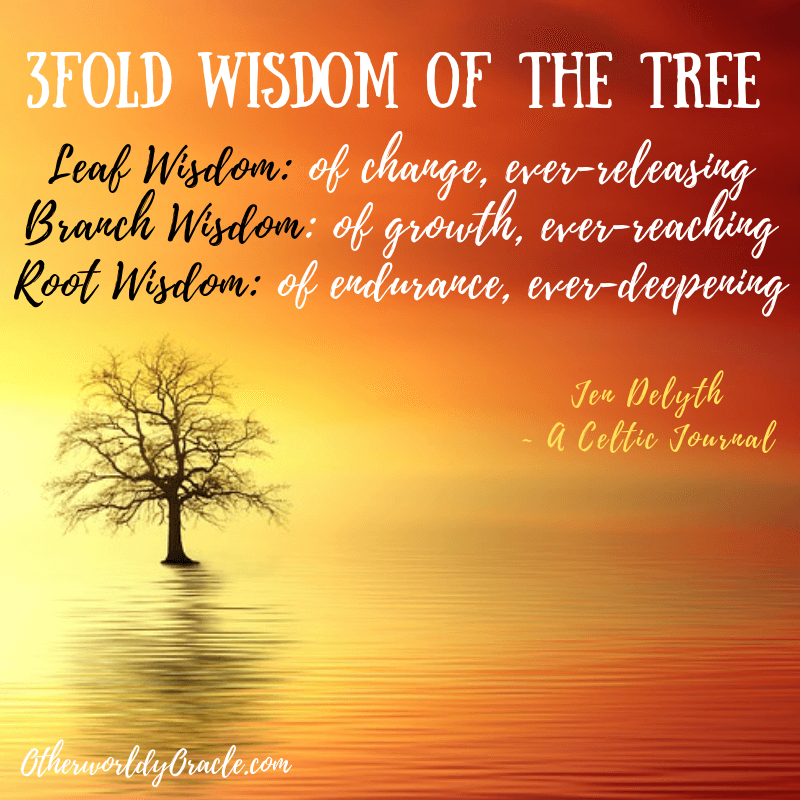