🤗Please do subscribe to my YouTube channel and follow my blog on NewFound-Life.com  because very soon, my NEW SERIES, “The Enchanted Ivy Cottage,” will be available🤩.

Have a great 😘weekend!

the Silver Sage Sideways 8 of Newfound-life.com
wishes you UNDERSTANDING, BALANCE, and PEACE! 👁🧘🏽‍♀️⚖✌🏽💖

I’ve got som really useful information to share with you, and maybe a cup of tea!

Thanks for supporting me. My love to you,

the Silver Sage Sideways 8 of Newfound-life.com

Greetings My Arising Soul Family!  Thanks for being here and I truly hope you’ve had a positive and uplifting weekend.

Snooping through the internet, I found this lovely, inspiring quote (author unknown).

I believe it will inspire you also, whether you’re female or male.

the Silver Sage – Sideways 8 of

Greetings my Arising Soul Family! This is a big topic and I really hope that this video will help you understand whats up!

Open uour ears, eyes, and mind because knowledge is power. 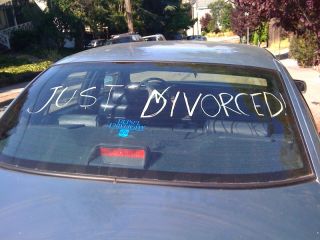 It’s ironic but true that knowing something intellectually—in my case, what research has discovered about managing negativity and fording a crisis—is very different from applying that knowledge in one’s life and translating it into action. So, despite writing about strategies to cope, my own mettle and facility were put to the test during a very protracted and stressful divorce. So, seen from a personal point of view and as a layperson, I thought I’d share what worked and what didn’t, and why. While inspired by divorce, broadly speaking these are difficulties common to most stressful situations.

Chief among the difficulties I had were 1) rumination: I found it nearly impossible to stop the loop in my head, even in the middle of the night; 2) managing negative emotion: While I was able not to sink in the main, I still had trouble with emotional flooding and feeling overwhelmed at moments; 3) staying balanced: The hardest part was being open to feelings of happiness; 4) looking to the future: setting interim goals as well as future ones was surprisingly difficult since I was devoting so much energy to keeping myself together; 5) making sense of the experience: I found this hard to do given the tenor of the divorce, the involvement and parrying of attorneys for both sides, and the length of time it all took (18 months or so!).

What follows are the problems and the strategies that I found worked for me, with some important caveats, and offered up as information, not advice.

1. Rumination: Inviting the “White Bears” in

The term “White Bears” was coined by Daniel Wegner for those repetitive and intrusive thoughts, the unfinished business of life, that the brain unconsciously searches for and that result in that endless loop of rumination that preoccupies us during times of stress, sapping our emotional and cognitive energy. In my case, the White Bears were emblematic of my inability to control the outcome or even speed it along since the other side was disinclined to negotiate. I worried about everything, especially money. I tried all the techniques usually suggested such as assigning myself a worry time (an utter failure for me, given my personality) and discussing my worries with trusted friends. The latter approach defanged the White Bears for a limited time and then, within hours, they’d be back, growling in my head. Visualizing a happier time in my life and mentally recounting it, as suggested by other research, didn’t help me either; my inner Pollyanna had gone missing.

But what did help me was Wegner’s suggestion to invite the White Bears in. In my case, since my stress was a function of the divorce, imagining the worst possible outcome and all that it implied actually helped me stop ruminating. Once out in the open—and I actually wrote it out and charted all the implications of the worst scenario—it became something I could tackle and deal with, instead of just ruminating about it. I became less fearful once I saw what the worst resolution looked like on paper. (It’s worth saying that this divorce involved no children, and no long history together, so the worst case was largely about money. This strategy might be overwhelming to do without a therapist with a more complicated or emotionally fraught situation.) Even so, sitting down with the White Bears was more of a process than a magic bullet. Forcing myself to face my fears before bed helped to keep me asleep longer but it never shut down my brain completely.

I knew from the research that reliving a bad experience or a series of them—which I was doing on the daily—was absolutely the worst thing I could do, but at the same time, since a contentious divorce with a boatload of filings forced me to be actively engaged with past and present behaviors, I had trouble turning down the emotional volume. But what did work was consciously distancing myself from an incident and seeing it as though it had happened to someone else and focusing on why I felt and reacted as I did, as suggested by the work of Ethan Kross and his colleagues.  This helped me get out of the fray emotionally by focusing on why I was feeling the way I was, instead of honing in on what I was feeling, which makes you relive the moment. Asking why permits “cool” processing while focusing on what yields to “hot” processing and can open the door to even more rumination. Unlike distraction—yes, going to the flicks will help put your turmoil on hold for a bit but it’ll start up again the minute the lights

Have you been to the Charming Magick online shop yet?

Well Samhain/Halloween are coming up pretty fast so have a look at all of the Magickal items available for you.

Yes, it’s Mercury retrograde time…..but it doesn’t always have to be bad.  If you watch the video, you’ll see what I mean.

Bright Magickal Blessings to you and yours.

END_OF_DOCUMENT_TOKEN_TO_BE_REPLACED

Hello lovely people!  I hope you are having a Magickal Sunday and that happiness is filling your life.

I, Victoria, The Silver Sage Witch of NewFound-Life.com, am inviting you to subscribe to my YouTube channel and follow my Blog.  You would be doing something nice for yourself, and also for someone else.  Give it a try and enjoy making someone smile today.

I send you and yours, Bright Magickal Blessings!