This is just a quickie video to tell you more about my new series.

WARNING: Some tops will be very controversial.

the Silver Sage Sideways 8 of Newfound-life.com

Just a tip…the Silver Sage is getting ready to open your eyes with new information, ideas, and facts.

🤓It’s about to get real…

the Silver Sage, wishing you understanding balance and peace 🧘🏽‍♀️⚖✌🏽

See also: A Big Mystery Involving The Origin Of 4/20 Has Finally Been Solved

Warren Haynes, the Allman Brothers Band guitarist, routinely plays with the surviving members of the Grateful Dead, now touring as The Dead. He’s just finished a Dead show in Washington, D.C., and gets a pop quiz from the Huffington Post.

He pauses and thinks, hands on his side. “I don’t know the real origin. I know myths and rumors,” he says. “I’m really confused about the first time I heard it. It was like a police code for smoking in progress or something. What’s the real story?”

Depending on who you ask, or their state of inebriation, there are as many varieties of answers as strains of medical bud in California. It’s the number of active chemicals in marijuana. It’s teatime in Holland. It has something to do with Hitler’s birthday. It’s those numbers in that Bob Dylan song multiplied.

The origin of the term 420, celebrated around the world by pot smokers every April 20, has long been obscured by the clouded memories of the folks who made it a phenomenon.

The Huffington Post chased the term back to its roots and was able to find it in a lost patch of cannabis in a Point Reyes, California forest. Just as interesting as its origin, it turns out, is how it spread.

It starts with the Dead.

It was Christmas week in Oakland, 1990. Steven Bloom was wandering through The Lot – that timeless gathering of hippies that springs up in the parking lot before every Grateful Dead concert – when a Deadhead handed him a yellow flyer.

“We are going to meet at 4:20 on 4/20 for 420-ing in Marin County at the Bolinas Ridge sunset spot on Mt. Tamalpais,” reads the message, which Bloom dug up and forwarded to the Huffington Post. Bloom, then a reporter for High Times magazine and now the publisher of CelebStoner.com and co-author of Pot Culture, had never heard of “420-ing” before.

The flyer came complete with a 420 back story: “420 started somewhere in San Rafael, California in the late ‘70s. It started as the police code for Marijuana Smoking in Progress. After local heads heard of the police call, they started using the expression 420 when referring to herb – Let’s Go 420, dude!”

Bloom reported his find in the May 1991 issue of High Times, which the magazine found in its archives and provided to the Huffington Post. The story, though, was only partially right.

It had nothing to do with a police code — though the San Rafael part was dead on. Indeed, a group of five San Rafael High School friends known as the Waldos – by virtue of their chosen hang-out spot, a wall outside the school – coined the term in 1971. The Huffington Post spoke with Waldo Steve, Waldo Dave and Dave’s older brother, Patrick, and confirmed their full names and identities, which they asked to keep secret for professional reasons. (Pot is still, after all, illegal.)

The Waldos never envisioned that pot smokers the world over would celebrate each April 20th as a result of their foray into the Point Reyes forest. The day has managed to become something of a national holiday in the face of official condemnation. This year’s celebration will be no different. Officials at the University of Colorado at Boulder and University of California, Santa Cruz, which boast two of the biggest smoke outs, are pushing back. “As another April 20 approaches, we are faced with concerns from students, parents, alumni, Regents, and community members about a repeat of last year’s 4/20 ‘event,’” wrote Boulder’s chancellor in a letter to students. “On April 20, 2009, we hope that you will choose not to participate in unlawful activity that

Peep this video of what they’re doing here where I live in Germany!

I hope you are well and happy.

PEACE to you and yours, the 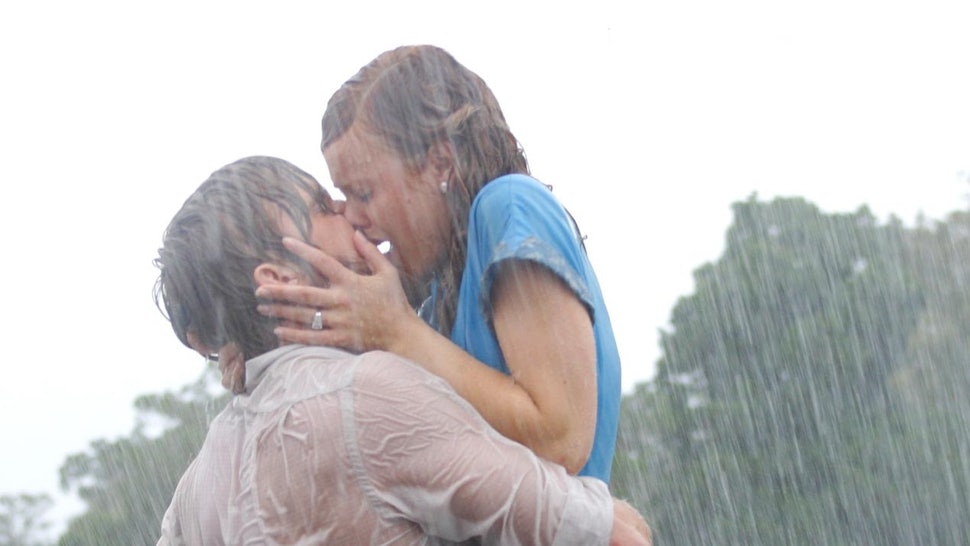 We’re always hearing that we could be having better sex, a better orgasm, or a better relationship. But how often do we hear the nitty-gritty of how we can actually better understand our deepest desires and most embarrassing questions? Bustle has enlisted Vanessa Marin, a sex therapist, to help us out with the details. No gender, sexual orientation, or question is off limits, and all questions remain anonymous. Now, onto today’s topic: how to kiss someone well. Even if you’re already pretty great at it, there’s probably somethingmore you can learn.

Q: I’ve kissed a few people, but I still feel like I’m not as good of a kisser as I could be. How do I know if I’m a good kisser? Can you give me any kissing tips? How can I be sure I’m really kissing someone well? (If you can’t tell, I’m feeling kind of nervous about this. I mean, kissing is important! It can make or break your connection with someone.)

A: Thanks for the question! So many people overlook kissing, especially once they’ve moved on to other “bases”. But kissing is a ridiculous amount of fun, and is fully deserving of your attention and effort. It’s also super important to intimacy, foreplay, and attraction in general. Here are eight steps to up your kissing game, since we could all use a kissing refresher!

Arguably the best tip I could give you is to go slow and ease your way into every kiss. If you’re feeling anxious about your kissing abilities, that anxiety is likely